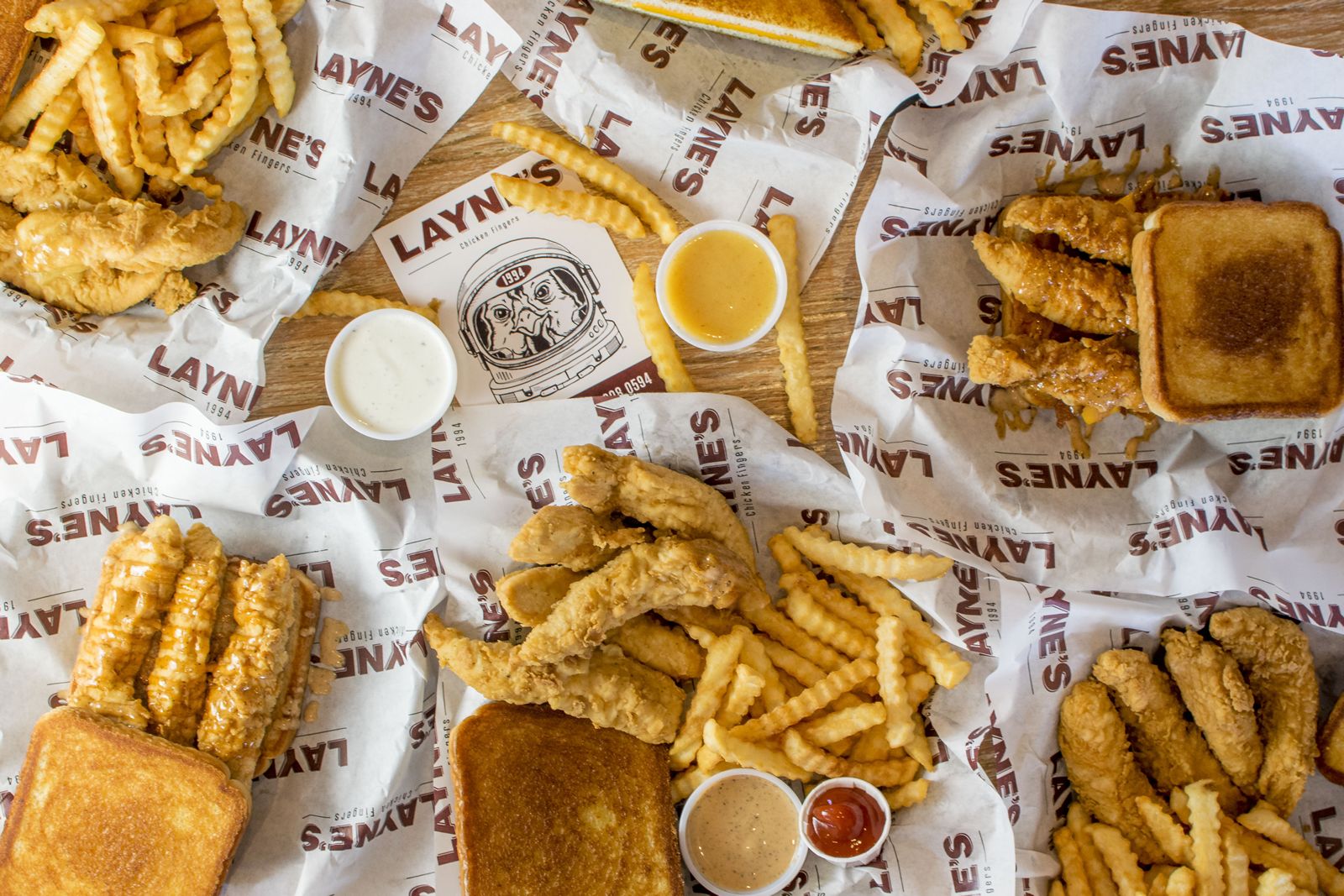 A Denton location is coming soon, with five more to follow, showing the brand’s explosive growth.

Dallas, TX  (RestaurantNews.com)  Layne’s Chicken Finger, emerging Dallas-based QSR franchise, has seen impressive franchise development lately, signing several multi-unit deals to further scale with franchise owners that are dedicated to growing the brand. As a result, the company’s “Soon to be Famous” chicken fingers will be coming to the town of Denton this fall. The new location, at 1200 W. Hickory St., will open its doors to take hungry customers’ orders on November 21st.

Franchise owners Scott and Heather Davis recently signed a six-unit franchise agreement with Layne’s Chicken Fingers. The couple, who live in Dallas and will be focusing on the Dallas/Fort Worth area, have long been fans of the brand and quickly jumped on the opportunity to own several of their own locations.

The Denton Layne’s, located just outside of Dallas Fort Worth, is the first of their units to open. The Davises are excited about the traffic the space will bring, with its prime real estate and an already large customer base of people who know and love the brand locally.

“When I read an article that Layne’s was franchising, I called almost immediately to start digging in and getting a better idea of what all it took to open,” said Scott. “We have a lot of operational experience, but it comes down to people. That is the key element we are looking for, and it is without a doubt Layne’s HQ team’s greatest strength. We wanted a great partner to develop the market together.”

The population in Denton and the surrounding communities has been growing fast. Census Bureau data shows that 141,123 people lived in the city in 2021, a 5% increase from the year prior. Scott and Heather are eager for their new Layne’s location to become a top food choice for the area’s residents and workers.

The Davises have many years of experience being patrons of the brand — Heather’s alma mater is Texas A&M University, which is just down the road from Layne’s Chicken Fingers’ original location in College Station. They are excited to be on the other side of the counter now and helping to grow a brand that they so passionately believe in.

“The brand awareness and seeing Layne’s huge A&M following was natural. There is a certain level of brand awareness coming out of the gate that you wouldn’t have with a new franchise in a quick-service restaurant model,” Scott explained.

The couple will be bringing five more Layne’s to the Dallas/Fort Worth region in the near future. They are eyeing Burleson, Arlington and Mansfield areas, and are likely to sign another multi-unit deal for other areas of Texas down the line.

“We will likely do more than six locations. We have our eyes on other markets for the future to do another six to 10 locations,” Scott said.

“We’re thrilled to have connected with Scott and Heather, who will be a valued asset to the Layne’s team. They have a clear excitement about bringing this brand to Denton, and we couldn’t be happier to be on this journey with them,” said Samir Wattar, chief operating officer. “This is another great step for the Layne’s Chicken Finger system.”

Layne’s Chicken Fingers has an ambitious plan to open 100 franchise locations by the year 2025. The brand is targeting states such as Texas, Florida, Arizona, New Mexico and Oklahoma for further expansion, and is excited to work with new franchise partners to bring their Soon to be Famous™ chicken to more parts of the country.

Founded in 1994 in College Station, the original location became a Texas A&M legend known for its small-town charm, friendly service, iconic chicken fingers and secret sauce. While opening corporate locations across the Dallas-Fort Worth area, the leadership team focused on fine-tuning its operations and starting to franchise.  Now, the company is planning to bring Layne’s Soon to be Famous™ Chicken Fingers to the rest of the world with plans to open 100 locations by the next four years.

When I Need to Clear Out the Fridge, I Make This Mumbai Street Food